The City of Berlin

Berlin is Germany’s largest city and the second most populous city in the European Union. So why are we uprooting our comfortable lives to take the Gospel to Berlin?

Why should U.S. churches care about Europe?

Berlin is a city of 3.9 million people.

of population is of non-German origin

of population are Christians

of Christians are over 50 years old

First off…this WAS NOT part of the plan! Growing up Aaron wanted to be a lawyer, and Denise wanted to be a nurse. God had already changed those plans as Aaron is a banker and Denise is a stay at home mom. Though Aaron does get to do a lot of arguing and making points…..with the kids and Denise definitely gets to play nurse plenty with 4 kids in the house, including two very rambunctious boys!

Aaron grew up in a small town in Scott County, Tn. He was raised in church and became a Christian at the age of 8. His years of schooling lead him into banking where he remains at the moment until the Lord is ready to send them off to Berlin.

Denise grew up in Memphis, TN. She became a Christian just 2 weeks before her 23rd birthday. Her life had been filled with a lot of ups and downs up to that moment. She grabbed a hold of Jesus and never looked back. Now she too anxiously awaits the day the Lord allows them head off to Berlin, Germany.

If you’d like to hear more of our story, watch the two videos below. If you want to learn more about partnering with us, click here. 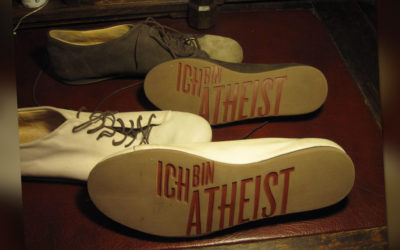 A message from a friend with some thoughts that stood out to her from a recent conversation with our team leader about moving to Germany: I was struck by the inescapable overlay of a non-Christian influenced society on all parts of your lives. I knew you guys were...

END_OF_DOCUMENT_TOKEN_TO_BE_REPLACED

Another Step of Faith – Making it Final

This past Wednesday, I was put in a position to take another step of faith in this journey.  My manager and the next manager up were ready to announce to the rest of my co-workers the plans for me to step away from my job at the Bank in May/June 2016.  Both wanted to...

END_OF_DOCUMENT_TOKEN_TO_BE_REPLACED

I love how God gives us the opportunity to choose His way, even when it goes against what we originally desired. As part of this process we sold our house and moved into an apartment. With this move the younger two ended up in a new school district. This would have...

The second way to partner with us is by participating on our monthly financial support team.  It is monthly support that keeps things moving & helps us minister consistently throughout months & years.  We need many individuals & several churches to invest in our ministry to complete the support partnership.

If you would like to partner with us financially – there are several ways you can give your gift.

In the comments box you can specify that it is for “Burchfield’s IMA #2050” and also state if you want to make this a recurring gift.  Be sure to add how often you would like to have this occur.

Make Check out payable to EFCA and write “Burchfield’s IMA #2050” in the memo line.

To make a gift of stock, please contact Donor Services by e-mail specifying the number and type of shares, and the ministry designation (Burchfield’s IMA# 2050) for the gift.